In 1965, American physicist Richard Feynman introduced a new formulation of quantum mechanics. According to this theory, particles were no longer considered to have a unique path through space and time, but rather were considered to traverse an infinitely many possible trajectories. An infinite sum of histories.

With an infinity of histories must come an infinity of possible “truths”, and a more rigorous definition of truth is required if the word is to retain any real meaning. Wittgenstein wrote that a logical truth is one which is true in all possible worlds, but he also claimed that logical truths do not “say” anything. Once upon a time, people could refer to past events as the axioms that made sense of the present. With an infinity of histories, it was no longer clear what axioms were permissible, what logic we could use.

It’s not surprising that within this issue, nova Milne “entertain the idea that theoretical physicists… could be amongst the good conceptual artists of the century.” At around the same time that Feynman was summing histories, Yves Klein said he felt like “the worm in the Swiss cheese of the history of science, which eats its way forward, making holes”. And Stephen Hawking’s description of the spatially infinite multiverse could well be the prescience of the altermodernist manifesto.

This issue presents a collection of spacetime travellers from the contemporary art world. From Doppelgängers to déjà vu, from the timeless to the time-obsessed, from portals opened to prophecies fulfilled, these practitioners dispense with the linearity of time and the immutability of place in favour of a new system of logic: a logic that acknowledges the infinite sum of histories, the infinite truths, the infinite settings, and creates new pathways between them.

This magazine is one part of our exploration into Time and Space. We have also produced a somewhat abstract video response that navigates the concepts developed across these pages (available online). The pages before you are the musical score-sheet; the video is the performance. The sum of these two – whilst not quite the infinite sum of quantum particle theory – is the sum of many different perspectives, many different writers and many different artists. We hope you enjoy the show.
—Robyn Stuart & Nick Garner
—Editorial Advisors: nova Milne 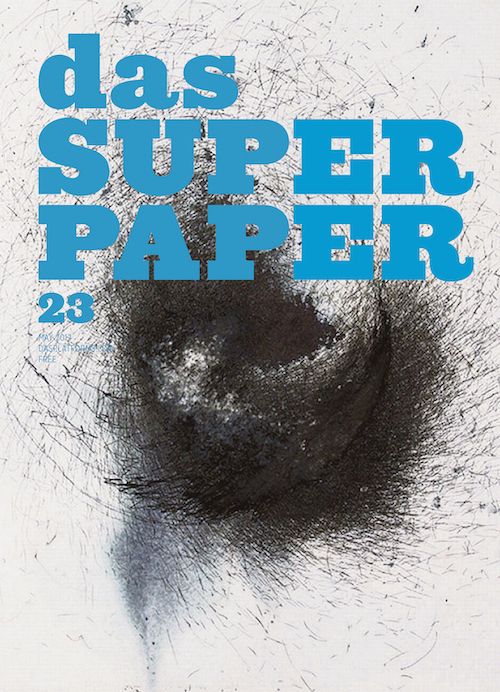