In its initial conception, this issue of Das Superpaper was going to investigate the very special relationship between the visual arts and literature. As the issue developed we realised this was a somewhat slippery question, so to organise our ideas we turned to our faithful friend: the mind map. As we drew dots and arrows, we started thinking about mind maps generally, and how they related to our question about visual arts and literature. Diagrams that visually map information have been around for centuries, of course, but since the development of the internet, they’ve evolved into huge and unwieldy beasts. Google maintains a semantic network (that’s a fancy name for a mind map) with more than 500 million objects and 3.5 billion connections between them.

Throughout the 90s, there were scholars who thought that the internet was going to radically alter literature, encouraging a kind of multiply hyperlinked narrative that would allow you to duck and weave through the pages like a very advanced find-your-own-adventure novel. At the time, this probably felt like a natural progression for literature; the visual arts had been engaging directly with audiences for decades and hypertext provided a means for literature to do the same. But after 20+ years of this technology, literature still hasn’t invited the audience in to the extent that the visual arts has. There may be different logically cohesive ways to arrange an exhibition, but can we have a coherent text if each new reading transforms it into a new literary object?

Later in the issue, we focus in greater depth on some specific relationships between visual artists and the written word, with essays on Oscar Wilde’s The Critic as Artist, Fluxist text scores, the visual arts legacy of Samuel Beckett, and the spilt paint within Patrick White’s The Vivisector. We feature profiles on a selection of contemporary Australian artists who engage with the logic of performance, including Heath Franco, Stuart Ringholt and Marcin Wojcik. In specially commissioned artist pages, Wil Loeng responds to The Decameron, and Gregory and Watts explore Sydney’s public art (with audio guides available by scanning the QR tags).

At the point of going to print, our investigation of the relationship between literature and the visual arts is more convoluted than ever. There are so many arrows covering our mind map that we can barely see the dots anymore, and there are still hundreds that we’ve left out. But then again, incompleteness is the whole point of a mind map – it’s the ultimate case of the map not equalling the territory. In the meantime, though, happy exploring.
—Robyn Stuart & Nick Garner 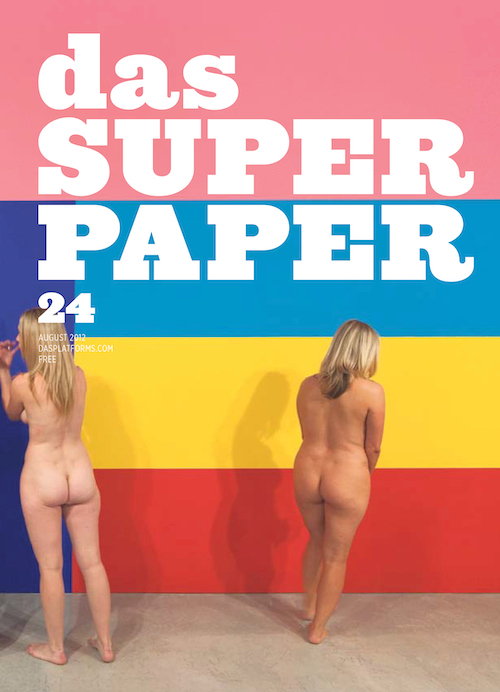