Periférico was initially conceived as a platform to present the research undertaken between us for the development of an exhibition of Australian and Mexican artists, to be presented in Mexico in 2014. As much as Periférico has enriched our collaboration and will inform our future choices for the exhibition, it has also evolved and become a project of its own to a much greater extent than we had expected.

Our decision to focus this issue on Mexico was driven originally by our desire to provide Australian audiences a glimpse into the recent history of artistic practice in Mexico. However, during the process of discussing the editorial line we wanted to follow, we became aware of the need to address an unavoidable subject: the perception of Mexico from abroad nowadays, particularly regarding warfare and the political landscape. It was an opportunity to raise awareness and inform readers about Mexico’s sombre situation and for ourselves as a selfreflective exercise.

Mexico’s political and social climate has been on a steady decline for over a decade and there are simply no words to describe some of the harrowing realities that the country is facing. Since 2006, more than 60,000 people have lost their lives across the country in a nearly continuous string of shootouts, bombings, and ever-bloodier murders, driven by confrontations with and between drug cartels. In addition, the outcome of the recent elections has seen the PRI (Partido Revolucionario Institucional), known for its corrupt domination of Mexico for over 75 years, return to power. It is no surprise that several artists from Mexico directly or indirectly address these circumstances: Edgardo Aragón , Artemio, Fernando Brito, Edgar Cobián, Rubén Gutiérrez, Eduardo Sarabia, Tercer un quinto, Lorena Wolffer and emerging artists Juan Caloca and Yollotl Gómez Alvarado. As the title of Teresa Margolles’ exhibition at the 53rd Venice Biennale asks us gravely: What else could we talk about?

We found that some people prefer not to speak of what surrounds them and instead find reassurance in avoidance. Our preference is for engagement, and so with the purpose of confronting our thesis, and to hear the perspective of Mexican and Australian colleagues, we invited our contributors to reflect on three major points of enquiry:
• Tracing some of the key developments from the 1990s which positioned contemporary Mexican art on the global art circuit and their subsequent impact on the current milieu of artists.
• The way in which art production in Mexico responds to the pessimistic situation that the country faces.
• The intersection of ideas between Australian and Mexican cultural agents in different scenarios.

We asked them to reflect on the impact that such a harrowing context has on artistic practice both as an insider and as a foreign bystander, asking questions such as: If there is a generalised crisis across all strata (political, social, cultural…) of Mexico’s reality, how does it affect art? How does it affect the commonplace and individual, social, national and international relationships?

The issue’s title Periférico, short for ‘anillo periférico’ or peripheral ring, refers to the name of the main road that encircles Mexico City. In one of our earlier conversations, we asked ourselves whether being perceived as operating within the periphery of the art world is something we possibly shared. We wanted to bring into question the relevance of the idea of ‘periphery versus centre’ (or ‘alternative versus mainstream’), exposing these dichotomies as problematic – especially within an increasingly homogenised shared reality precipitated by the exponential proliferation of superhighways of cultural exchange. The ‘anillo periférico’ in Mexico, as a project, is a monumental failure; the road is mostly known for its constant congestion and its failed attempts to cater for ever-increasing drivers in one of the most populous cities in the world. The recent construction of a second story to the highway has not only aggravated the chaotic traffic conditions with endless construction, but it has further destroyed the road’s harmony with the local urban landscape, destroying all sense of place and context in a desperate attempt to connect. And as a metaphor, the confused routes, unfinished building sites, construction errors and irregularities in the line and its architectural components reflect the ethos of the social structure of the country.

We have included texts on the work of Teresa Margolles (written by Gabriela Jauregui) and Yoshua Okón (written by Denise Thwaites), providing an insight into practices from the 1990s that were crucial in laying the foundations for the current artistic climate of Mexico and its dissemination at an international level. Pedro Reyes discusses his practice with Giles Thackway, and the potential of art to act as a laboratory where new experiences can be produced. Looking from a different perspective, Sumugan Sivanesan and Joaquin Segura reflect (amongst other things) on the complications of the legacy of the 90s generation, the normalisation of violence and the implausibility of art as an agent for social change.

Throughout the issue we also present diverse and sometimes unexpected responses – interestingly, most authors chose to engage with the amorphous and uncertain relationship between both countries, which initially led to this project. They preferred to address collaborative processes, similarities and mutual experience, focusing on the cross-pollination of ideas which arise from encounters between artists from both locations and from the convergence of artists and place. Tony Garifalakis, for example, introduces three works by Mexican artists which were part of a Melbourne exhibition that responded to the infamous Mexican tabloid Alarma! – known for its explicit depiction of violence interlaced with sexual imagery. Joaquin Segura writes a series of brief stories of coincidence and concurrence – incisive, honest and even humorous accounts of ‘localisms’ and encounters abroad, and Thomas Jeppe intervenes directly into the magazine, creating a collage of images and text which relate to his time spent in Mexico. Both Joaquin Segura and Thomas Jeppe resolve their participation through fragmented narratives and incisions, like bullets, to describe their experience as visitors and hosts. There are other accounts of crossed paths. Will French reflects on his experience of the streetscape of Mexico’s capital (Mexico Distrito Federal), a city perpetually in motion, and Cuauhtémoc Medina and Aline Hernández both introduce an action by Lauren Brincat which resulted from Cuauhtémoc’s suggestion to the artist: “you should walk in traffic.”

Due to the dual nature of the publication, many similarities and coincidences emerge. The unconscious relationships between collaborators, both in the way in which they formally resolved their texts and in their approaches to producing them, have been enlightening to us. As Regine Basha’s piece cleverly suggests, language also binds us, perhaps not as countries but certainly within the networks in which we operate. She identifies the evolution of a transient language (Artspeak/Nu*Speak) that originates as a means of communication between groups that do not have a language in common but need to understand each other in order to trade. The borders blur. Naturally, an interest arises to describe some of the roads and circuits that may already connect Mexico with Australia. Violeta Horcasitas, for example, presents us with an unofficial map of an artistic community, revealing existing lines between artists which we might not have been aware of.

As Aline Hernández points out in her text, to talk about traffic in Mexico City is to open a sort of Pandora’s Box: the topic is complex, endless and has no apparent solution. For inhabitants of Mexico City it is the most commonplace topic of conversation one could choose, like talking about weather, perhaps because it affects everyone, every day, invariably – and distracts from the more woeful topics, which sadly are part of Mexico’s every day. A great portion of life is spent in the stagnant concrete highways (particulary Chilangos1 in the cultural centre of the country): idle, enduring, waiting for change. But there are plenty of people out there who are resisting, reacting; some finding poetry in failure, and others fearlessly walking into traffic as a way to describe the world. Without any proposed solutions, we hope that talking about traffic in this instance serves as evidence of such acts of resistance, for how boring and lonely would the world be if left undescribed?

“Whereof one cannot speak, thereof art is (fortunately) incapable of being silent.”2

It has been a true joy and a stroke of luck to collaborate with so many fantastic writers, curators and artists from both countries. We thank them all very much.
—Iván Muñiz Reed & Lorena Peña Brito

1 ‘Chilango’ is a Mexican slang demonym for a person born and/or living in Mexico City
2 from Guillaume Désanges’ Tracticus Logico-Artisticus, a pastiche of Ludwig Wittgenstein’s Tracticus Logico-Philosophicus 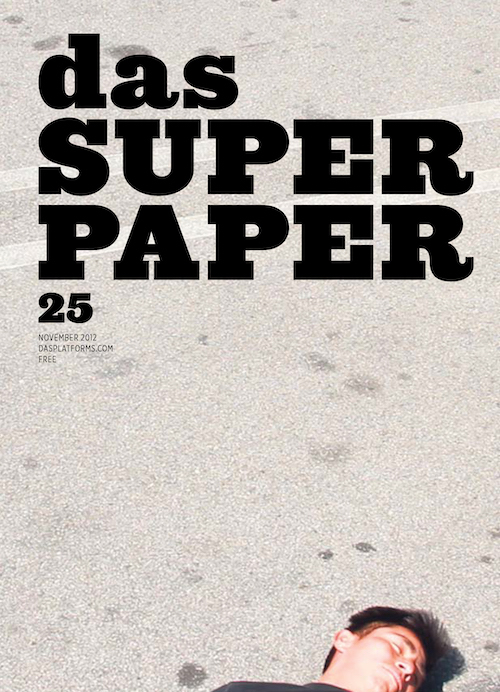