Women (and gay men), the old story goes, are unusually emotional: they weep, they gasp, they faint, they quarrel. Even feminists, defined by their attempts to get beyond this old story, don’t escape the stigma of their gender’s perceived emotionality, even if they burn with man-hating rage instead of expiring with a delicate sigh. If the early women’s liberation movement embraced this more aggressive emotional register as an antidote to the passivity of traditional feminine emotion, though, the history of both feminist theory and feminist art practice has tended until recently to avoid questions of affect, in favour of debates about female representation (in all senses of the word), the nature and origin of “woman” as a category, the value or otherwise of domesticity or women’s lived experience, and so forth.

A new wave of feminist and queer theorising, however, has shifted the focus back to emotion, arguing that affects offer both a powerful (if dangerous and unpredictable) political tool, and a productive way of understanding how identities and social relations are structured. The earliest work in this vein emphasised the importance of affects in structuring our gender and sexual identities—we might think here of Hélène Cixous’s description of a woman who trembles when called on to speak in public, which forms the basis for her claims about an essentially “feminine” writing, characterised by its inherent embodiment; or Eve Kosofsky Sedgwick’s claim in Touching Feeling (2003) that “queer” means “those whose sense of identity is for some reason tuned most durably to the note of shame,” reinventing queerness as being inherently and fundamentally “about” a specific affect.

More recently, theorists have started thinking about the affective dimensions of gender and sexuality in more social terms. Sara Ahmed’s The Promise of Happiness, for example, argues for a productive repudiation of the unquestioned advocacy of happiness, in an attempt to preserve a space in which women, queers and others can be angry, while Sianne Ngai suggests in Ugly Feelings that envy might be reclaimed as a way of analysing the dynamics of the feminist movement, and of relations between women more generally. For Ahmed and Ngai, happiness, anger and envy pervade the politics that run through the feminist movement and determine how it relates to society as a whole. Affect offers a way of refocusing the vagaries of personal relations and group dynamics as a key site of political action, even as these writers insist that affect is as much about how people relate to each other as who they are (or think themselves to be).

Running through all these thinkers is a sense that affect is both embodied and contagious, describing the point at which the most personal articulates with the most public, as well as the point at which emotion articulates with cognition. In place of older theories that would oppose thinking and feeling, placing affect mystically outside the political or the social, these thinkers locate affect as a dimension of language and politics, a response that is produced in and through social and cultural dynamics and that is inextricably bound up with cognition.

The contagious, social and public aspect of affect has led theorists including Ahmed to speak of “affective economies,” systems in which affects circulate in such a way as to establish systems of value. But affects also animate real, monetary economies in ways that are central to the articulation of capitalism with questions of gender and sexuality. Decades of work in cultural studies has pointed towards the ways in which affects, positive and negative, are mobilised in advertising, with the goal of encouraging consumption but the side effect of cementing personal identities that often gravitate around gender and sexuality. Similarly, Ahmed’s critique of happiness seems particularly pertinent in light of the way economics as a discipline orients itself towards the maximisation of utility, and suggests new ways of thinking critically about capitalism’s relation to gender and sexuality.

This issue of Das Superpaper asks what it means to think about the conjunction of affect, gender and economics in light of contemporary art practice. It suggests that the orientation of affect in contemporary art is, as Julie Taylor argues, structured by ambivalence, both in terms of developing through the complex layering of contradictory feelings, and by generating its own kinds of mixed or uncertain responses. The writers and artists in this issue suggest that affect enters art through a number of feedback loops—between artists and publics, between members of a curatorial team, between teachers and students. Several are interested in the roles of social media and art—and particularly their intersection—in creating affective spaces that move ambivalently between intimacy and spectacle, blurring the lines between the personal, the interpersonal, and the public. In these pages, affect is staged, masked, and silenced. Art, in other words, doesn’t simply express or provoke affect; it engages in a complex set of affective exchanges and evasions that implicate and weave themselves through our economic circumstances and our gender and sexual identities. It reveals us all to be irrational agents.
—Alys Moody 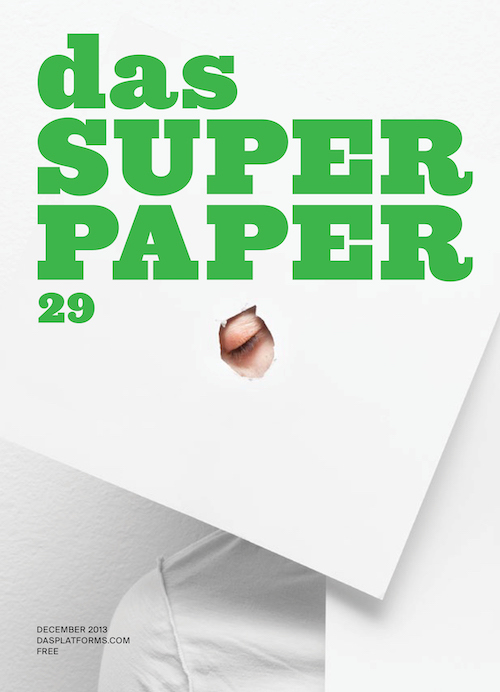