Collected over the following pages are the works of ten writers. To each writer we provided a provocation loosely centred around the idea of restoration – and if this issue were to have a uniting theme, restoration would probably be it, especially if you allow for a version of restoring that encompasses re-story-ing: new stories emerging from the ruptures that appear in the old. From the literal cracks in the surface of Malevich’s Black Square to the glitches and slippages of the digital, the works in this issue no longer look towards conserving or preserving, but rather towards reclaiming, recalibrating, renewing, renovating or otherwise revelling in states of entropy and decay.

Of course, much of this is political: the chance to imbue objects with new stories implies that we can set aside versions of history that are no longer palatable. As Juán Gaitan suggests, we are seeing a “disavowal, a need to remove the 20th century, perhaps with the sense that it prevents the forming of an affirmative collectivity”. And as Iván Muñiz Reed writes, restoring (or the choice not to restore) “indulges in the same vices as the writing of history, giving us the power to build upon the meaning of an object or to change its meaning altogether, skewing and distorting to our will.” Indeed, Astrid Lorange describes the “certain kind of pleasure” elicited by the “dissolution of the fantastic seamlessness of representation”. There is pleasure, too, in the fact that certain relics are crumbling, certain ‘embarrassments’ are fading into static or dust. The 2013 exhibition Living in the Ruins of the Twentieth Century presented that notoriously troublesome century, pockmarked by wars and genocides, as one of “false starts, obsolete technologies and unrealised utopias”. Perhaps there is even a desire to view the entirety of the 20th century as a kind of systemic glitch, an accident, a mistake.

Another dominant theme that emerged for the writers within this issue is that of poetry, literature and art and the relationships between them. A history of these relationships is presented in Alys Moody’s essay Parallel Texts, via the example of the collaboration between Belinda De Bruyckere and JM Coetzee: “art and literature can be restored to each other—and re-storied by each other—secure in the specificity of their own mediums”. Elsewhere in the issue, Mathew Abbott responds in verse to John Gerrard’s Exercise, and Stella Rosa McDonald and Moyra Davey discuss aspects of the writer/artist relationship.

Visually, we begin this issue with Black Square and finish with a white page from Moyra Davey’s Burn the Diaries. In doing so, we also attempt a kind of restoration: from darkness to light, dusk to dawn. This is not to suggest that we have reached an endpoint, but rather a reference to the cyclical nature of both history and imagery – and to implicate the reader in the act of repetition.
—Robyn Stuart 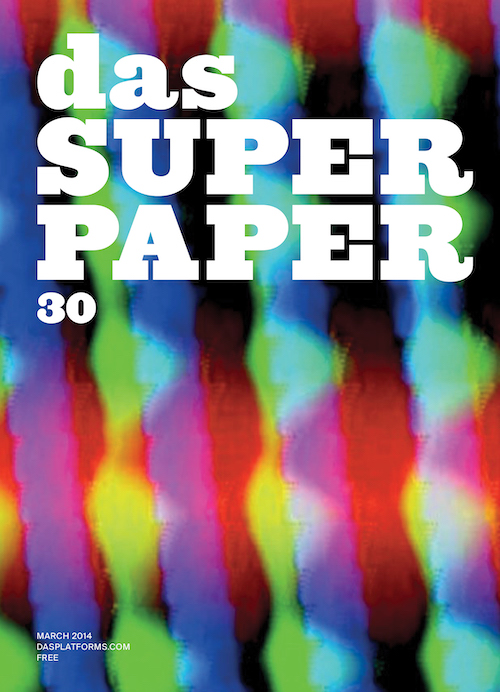